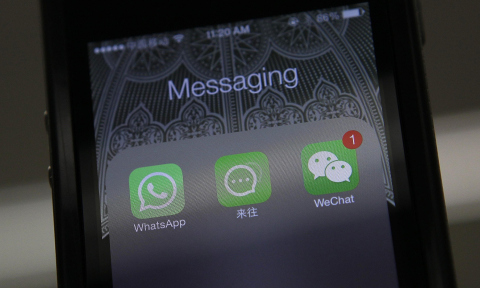 According to The Guardian;

The prime minister has pledged anti-terror laws to give the security services the ability to read encrypted communications in extreme circumstances. But experts say such access would mean changing the way internet-based messaging services such as Apple’s iMessage or Facebook’s WhatsApp work.

“In extremis, it has been possible to read someone’s letter, to listen to someone’s call, to mobile communications,” Cameron said. “The question remains: are we going to allow a means of communications where it simply is not possible to do that? My answer to that question is: no, we must not.”

My biggest concern about this kind of well meaning but wrong headed initiative is the depth of ignorance it demonstrates, about what is and isn’t possible, and how tech works. You can’t stop people using encryption for communication – even if messaging mobile apps were somehow banned, people could still use encrypted websites to communicate.

But you can cause a lot of trouble for fledgling domestic high tech industries by introducing ham fisted regulations, which put domestic businesses at a significant competitive disadvantage in the international market.

This controversy harks back to the 90s US crypto controversy. The US government banned the export of encryption technology which was difficult for their supercomputers to crack, classifying it in the same category as high tech military weapons. An ingenious response to this silliness was illegal immigrants, who had the export restricted encryption code tattooed onto their bodies, which made it illegal to export them.